Are you counting down the days until your trip to Dubrovnik? If you’ve already booked your flights and accommodation, now’s the time to start planning for your time in the city. As one of the most popular tourist destinations on the Dalmatian Coast – and the entire Mediterranean region – Dubrovnik has something for everyone. What else would you expect from ‘the pearl of the Adriatic’?

At Rewind Dubrovnik, we’re a team of young, skilled, and genuinely local seamen, so we’re perfectly placed to offer insider insights and recommendations for the place we call home. Our unforgettable private boat tours from Dubrovnik are the cornerstone of all Dubrovnik itineraries.

Exploring hidden coves and caves, sipping local wine while watching the sunset, cooling off with a refreshing swim in a shimmering blue sea – we provide the ultimate Dubrovnik experience.

But what about the city itself? What makes Dubrovnik so appealing to travelers from across the world? Below, we’ve looked at just a handful of the reasons for why Dubrovnik is so famous…and why you must come visit soon!

Dubrovnik was the primary filming location for King’s Landing, one of the most prominent cities in the world-famous television series Game of Thrones. Due to the inherent beauty of the city’s Old Town, the production didn’t need to build scenery or sets, nor rely on obvious special effects.

As one of the best-preserved medieval cities in the world, complete with large, intact outer walls, Dubrovnik was the perfect solution for bringing the Lannister family’s fortified home to life.

If you’re a fan of the series, walking the streets of the Old Town will create a wonderful sense of déjà vu.

But Game of Thrones isn’t the only mega-franchise to film in the city. Segments of Star Wars: The Last Jedi were also filmed in Dubrovnik. Parts of the Old Town provided the setting for casino planet Canto Bight.

As touched on above, the Old Town of Dubrovnik is one of the world’s most perfectly preserved medieval cities. Built between the 11th and 17th centuries, the resolute stone walls still enclose the historic center to this day. In fact, it’s possible to walk along them, but more about that below.

The Old Town is home to remarkably conserved architecture of various styles. You can find Baroque palaces, monasteries, and churches; Renaissance façades and foundations; marble-paved squares; and cobbled streets.

Such is the extent of the preservation, in fact, that Dubrovnik’s Old Town holds status as a UNESCO World Heritage site.

But the ample history on offer is as welcoming as the turquoise waters lapping on the beaches. The Old Town is still very much a vibrant, bustling, and lived-in city filled with narrow streets, markets, bazaars, cafes, bars, and restaurants.

The walls encircling Dubrovnik’s historic core are one of the city’s defining features. No visit is complete without a walk around this spectacular monument. Having scaled to the top, you’re rewarded with an amazing view across the red roofs of the Old Town and the twinkling Adriatic beyond. It’s so mesmerizing that we would say it’s worthy of film or TV…

1,940m in length, and with three entrance gates, six fortresses, and a series of towers, the wall’s structure itself holds just as much fascination and wonder as the views.

You can buy tickets to walk the walls from the entrances near the Ploče Gate, Pile Gate, and Maritime Museum at St. John’s Fortress. Once on the walls, you must walk in a counterclockwise direction as this helps to reduce congestion.

If you’ve got a head for heights, you can sample another incredible view of the city, coastline, and Adriatic Sea from a higher vantage point. Dubrovnik has a cable car system that shuttles people up Mount Srđ, taking around four minutes to reach an altitude of 412m.

When you disembark at the summit, you’re greeted with a stunning view of the compact Old Town, with its uniform terracotta roofs, and the glistening, crystal-clear Adriatic Sea.

The hilltop is also home to the Panorama Restaurant and Bar as well as a souvenir shop, so you can enjoy the vista with a drink or meal.

Everyone Loves the Dubrovnik Summer Festival

Held on an annual basis between July 10th and August 25th, Dubrovnik Summer Festival has been a highlight of the city’s calendar since its inception in 1950. With unique indoor and open-air stages spread across the Old Town, the festival includes daily performances of folk and classical music, dance, and theater plays.

Being one of Croatia’s most important and prominent art festivals, this event attracts renowned domestic artists, not to mention leading names from overseas.

In addition to world-class culture, historical architecture, and our own custom speed boat tours in Dubrovnik, Dubrovnik also has numerous beaches to kick back and relax on.

Located a short walk from Ploče Gate, Banje Beach is the closest to the Old Town. The beach itself is mostly pebbles, but the water easing over it is calm and clear. This goes some way to explaining why it’s on so many postcards found in the city.

Koločep Island — one of the Elaphiti Islands — has several sandy beaches and ocean pools. Accessible only via boat, you’ll find these beaches less crowded than those on the coastline itself.

We All Love Island Hopping from Dubrovnik

Be it from the beaches, city walls, cable car or the top of Mount Srđ, you’ll soon see numerous islands rising out of the ocean surrounding Dubrovnik. To the south is Lokrum Island, which is so close to the coast that it’s just as much a part of our cityscape as the red roofs and defensive walls.

The island has a thick covering of subtropical vegetation, such as olive, cypress, and pine trees. Whether you’re visiting for a half or full day, you can relax in shade and tranquility, a welcome respite in the height of summer.

A short distance to the north are the aforementioned Elaphiti Islands (sometimes spelled Elafiti or the Elaphites), a small archipelago of lush green islands characteristic of Mediterranean life. Among the most eye-catching and popular islands are Koločep, Lopud, and Šipan.

Koločep is an evergreen paradise, surrounded by pristine azure water. The motto of the local residents – “no cars and no rush” – tells you everything you need to know about the laid-back atmosphere. The island is also home to the Blue Cave: a visual wonder only accessible by swimming.

Lopud offers the quintessential luxurious, idle summer day on the Adriatic Sea. With another of Dubrovnik’s standout sandy beaches, Šunj, you can lay back and top up your tan. For the more adventurous, the local village rewards a visit.

Šipan is the largest and most populated of these islands, but boasts serenity, untouched nature, and sea waters you can’t resist. With prior organization, you can also indulge in wine and olive oil tasting.

Rewind Dubrovnik provides memorable, customizable boat tours to the Elaphite Islands complete with a visit to the Blue Cave and use of clean snorkeling equipment and a Go-Pro Camera.

To rest and explore, relax and discover, Rewind Dubrovnik helps to create memories you’ll want to replay on repeat. Contact us to start planning your adventure.
If you’re undertaking a multi-destination trip around Croatia, you might also like our recommendations for must-visit spots in Croatia. 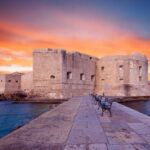 What Are the Best Tips for Visiting Dubrovnik?
May 4, 2022admin 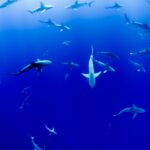 Are There Sharks in Croatia’s Waters?
January 20, 2022admin